Caves In and Around Vijayawada

Vijayawada has been a part of the historical legacy of South India, and its various dynasties, since a long time. This has aided the city to develop a strong cultural heritage which finds a form in the ancient structures built in those times. Vijayawada in Andhra Pradesh has a few caves built as old as 4th to 5th Century AD and have been maintained and preserved in their true spirit and form. 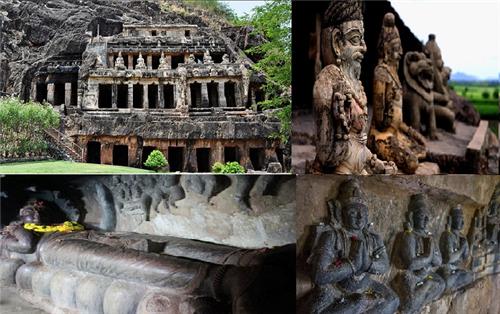 Carved out of solid sandstone, Undavalli caves were built in the 4th to 5th Century AD. Undavalli caves are dedicated to Anantapadmanabha Swamy and Narisimha Swamy and were built by Vishnukundin Kings. These caves are a major tourist attraction, located in the Undavalli village in Guntur district, which is at a distance of about 6 kilometers from Vijayawada. This structure is an exquisite example of rock-cut architecture in South India and is one of the most elaborate and intricate testimonials to Vishwakarma Sthapathis. 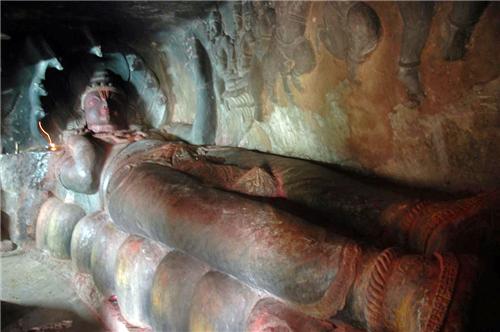 There are several caves located here but the most famous and elaborate cave is a four-storeyed structure dedicated to Lord Vishnu. The idol of Lord Vishnu is fashioned from a single block of granite and sits in a reclining posture on the second floor of the cave. The idol is about 5 meters in length. Besides the main cave there are other equally magnificent caves dedicated to Lord Brahma, Shiva and Vishnu. The main caves here were initially carved out to be a Buddhist monastery and bear the same architectural features as that of Gupta dynasty.  The Undavalli caves are surrounded by green expanse and overlook the Krishna River.

The caves are open for tourist visit from 9 AM to 6 PM. Situated at a distance of about 5 kilometers from the city of Vijayawada, the Mogalrajapuram caves were excavated in the 5th Century AD. Idols of Lord Nataraja, Vinayaka and Ardhanareeshwara are the major attractions of these caves. There are about five rock cut caves and one of them houses the Ardhanareeshwara idol which is the earliest of its kind found in South India. One of the caves showcases an overhanging cornice with artificial windows. Though most of the caves are in ruins, nevertheless the Mogalrajapuram Caves are a site of archeological and historical importance and is an excellent tourist spot.

Built in the 6th and 7th Century AD, the Akkana and Madanna caves are situated at the foot of the hill of the Kanaka Durga Temple in Vijayawada. The main structure faces eastwards and is adorned with rectangular and octagonal pillars. The architecture belongs to the era of Kutab Shah who ruled these lands from 1611 to 1672 AD. There is also a mix of architectural styles and patterns from the Ikshvaku style of architecture. Several historians also claim that the caves were originally built during the early Pallava, Vishnukundin and Chalukya periods. The caves have two sections; the upper section is dedicated to the Holy trinity of trinity - Brahma, Vishnu and Maheswara. 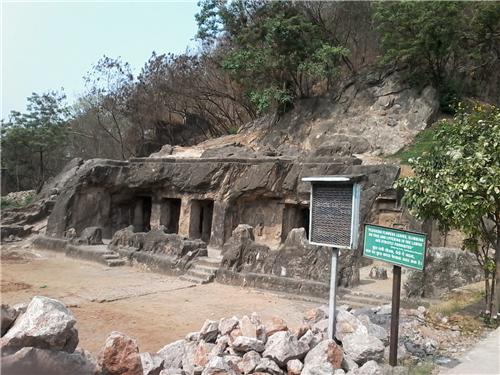 Many historian claims that Akkana and Madanna were ministers in the court of Abdul Hasan Tanashah in the 17th century and the structure drew its name from them. They were brothers who held the responsibility of administration and well being of this section of the kingdom.

The cave overlooks the lush greenery by the side of the Krishna River. At a short distance from the Akkana and Madanna caves lie another ancient historical cave which are said to have been built in the 2nd Century BC and is dedicated to the Hindu Gods-Brahma, Vishnu and Shiva.