Vijayawada, also called the business capital of Andhra Pradesh, boasts of a dynamic economy based on trade and commerce. The city has the unique feature of having an agriculture base as well as a strong industrial set up. The gross domestic product figures, or say total production in monetary terms,  came out to be INR 18,000 crore in 2010 and by 2025 the figures are expected to grow to INR 1,02,000 crore. The city has a thriving agro-based industry, manufacturing sector as well as a booming retail sector. What is most interesting is that about 72% of the population is involved in the tertiary sector which speaks of the economic development the city has experienced. 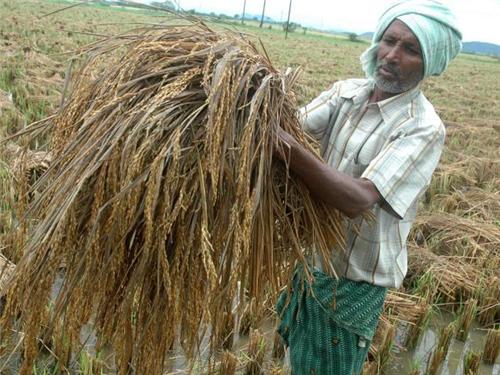 The fertile soil and abundance of water from the Krishna River and canals originating from Prakasham Barrage enables the agriculture sector to sustain and thrive. This in turn supports the numerous plants involved in manufacturing goods based on agriculture produce. The industrial hub based in Auto Nagar and Kondapalli estate houses many oil mills, pulses and rice mills. Mangoes from Vijayawada are a major export item from the state of Andhra Pradesh.

The major industries functional in Vijayawada are garment, automobile body building, hardware small scale industries and iron. The city has a booming economy fueled by the explosive growth in these sectors. The competitive edge of Vijayawada originates from its strong transportation linkages based on railways and roadways. Vijayawada is the second largest junction in the Indian Railways which endows the city with strong connectivity with the rest of India. The second largest wagon workshop of Indian railways is at Rayanapadu near Vijayawada.

Speaking of industrial hubs, Auto Nagar and Kondapalli Estate are two major centers of manufacturing units in the city. In Auto Nagar lies the Jawahar Lal Nehru Auto Nagar Estate that houses the automobile parts manufacturing units and is one of the largest auto industry hubs of Asia. Kondapalli Estate houses thermal plants and other power plants and is base to more than 800 industrial units.
Speaking of employment, these industries employ more than 100,000 workers. Along with employing residents of the city, these industrial set ups also provide livelihood to people from neighboring cities. 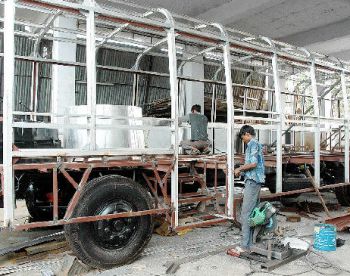 Vijayawada has a booming garment industry based out of Old Town and Kaleswara Rao Market area. The famous Vastralatha building in the Old Town is said to be the nerve center of garment trade and reports more than INR 10 crore of trade every day. Governor Pet and Besant Road are also famous for the textile trade, however for more customized and finer textile retail is found in the malls coming up on Labbipet and M.G. Road. The city has a flourishing wholesale trade mainly concentrated on iron products, cereals, pulses, and other edible products, pharmacy, fertilizers, mango exports, metal, fancy markets, and so on.