Vijayawada, the new capital city of the southern state of Andhra Pradesh is located along the banks of the Krishna River (third longest river in central southern India) and Budameru River (sorrow of Vijayawada). Apart from being one of the prominent trading and business hub of South India, Vijayawada is also regarded as a far-famed tourist destination. Vijayawada welcomes people from all over the world, throughout the year for its never ending list of tourist attractions like Prakasham Barrage, Kanaka Durga Temple and many other religious sites and caves. 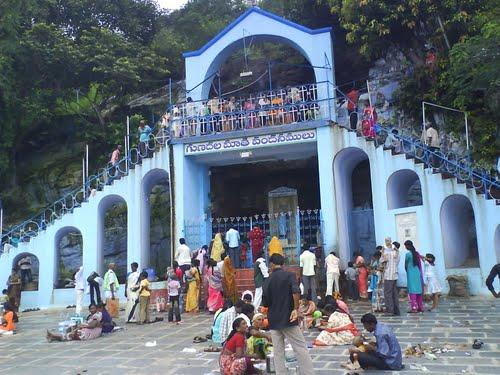 It all started during the year 1923, when Msgr. Pezzoni (Italian missionary) from the Pontifical Institute for Foreign Missions obtained 25 acres from the government for opening an orphanage and a school. During the year 1925 Fr. Arlati (Pontifical Institute for Foreign Missions), who was then the Rector of St. Joseph's Orphanage at Gunadala, made a minuscule footpath midway up the hill and positioned a modest statue of Our Lady. 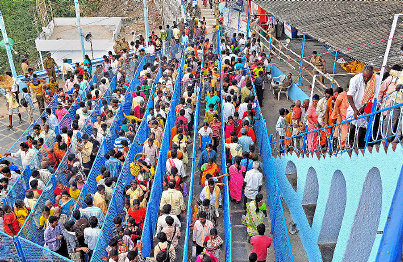 Before long, a meandering path to the top of the hill was fastidiously set. The people from the orphanage and the school along with the local residents started to celebrate the annual feast of Our Lady of Lourdes.

The Gunadala Mary Matha Church, dearly called as Mary Matha Shrine is situated in Gunadala, a mountainous area of Krishna district in Vijayawada. Sometime called as St. Mary's Church, the Gunadala Mary Matha Church is regarded as one of the major pilgrimage site for Christians of Andhra Pradesh.  The stupefying 18 foot tall iron holy cross was put up at the peak of the hill. The grotto based half way through and the iron holy cross on the top of the hill attractively represents the fact - Ad Jesum per Mariam that can be translated as - To Jesus through Mary. 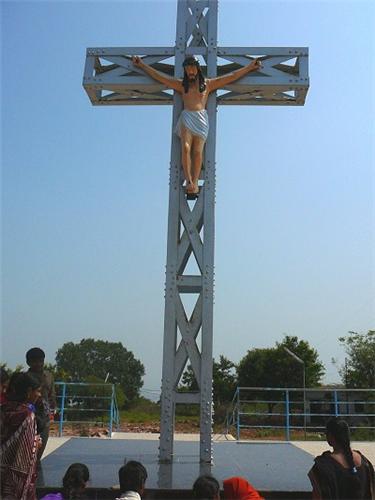 The sacred site also is the home of a notable museum that exhibits a large collection of antique holy souvenirs and treasured gifts of the devotees. The church receives a massive number of people for Sunday mass and festivals. It is widely believed that Mother Mary appeared on this very sacred site on 11th February 1858. During the year 1925, the Rector of St. Joseph's Orphanage at Gunadala, Rf. Arlati, built a statue of Our Lady and subsequently a church was built in 1971. 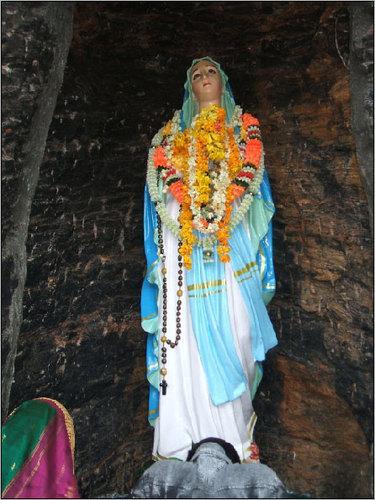 The sacred hill is considered to have the powers of granting child to childless couple. The unique practice of offering the tiny icons of the ailed human organs fixed in silver is widely followed in Gunadala Mary Matha Church. Flowers and Coconuts are the most popular offerings to Gunadala Mary Matha. Furthermore, Our lady of Lourdes has been adjudged as the 'Mother of Good Health'. The annual festival usually commences on February 9th and goes till February 11th late night. As a matter of fact, every year, more than 10 lakh devotees come together to attend the annual festival of Mary Matha.