Vijayawada, formerly known as Bezawada is located on the banks of the Krishna River in the southern state of Andhra Pradesh. The second most prominent metropolitan city in the state (after Visakhapatnam), Vijayawada is the popularly referred as the Business Capital of Andhra Pradesh. Vijayawada is one among the most visited cities in the state for its wide range of places of interest that appeal to the all types of visitors from all over the world, irrespective of the seasons. 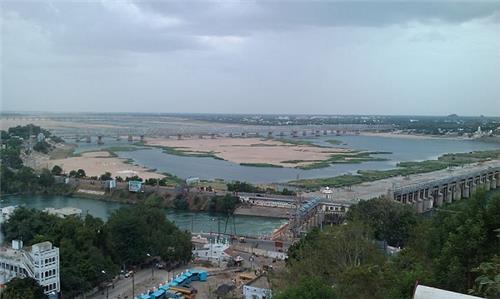 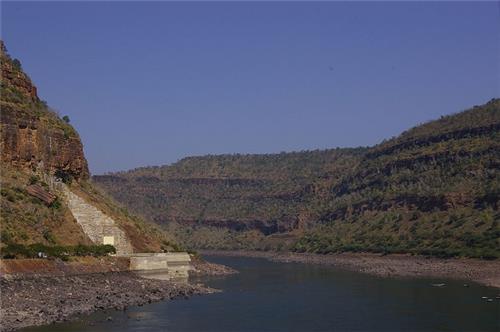 Legend has it that Vijayawada acquired its former name 'Bezawada' due to its association with the holy river of Krishna. Goddess Krishnaveni (Krishna River) expressed Arjuna the need for a passage for her to fall into the Bay of Bengal. Therefore, Arjuna created a 'bejjam' (hole) for Goddess Krishnaveni through the mounts and the land referred to be called as 'Bejjamwada' which later became 'Bezawada'. Krishna River is like a lifeline to Andhra Pradesh that it is revered by Hindus as a holy river. Several temples are dedicated to the sacred river across the four Indian states. 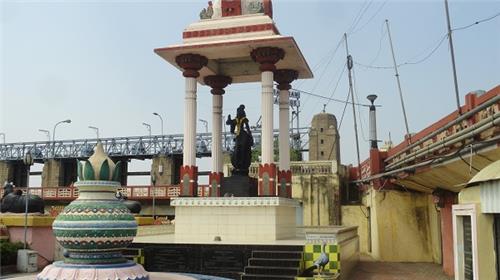 The unique museum portrays all the prospects of the Krishna River, that is to say,
The cultural heritage, reverence and significance in the form of temples and other pilgrim spots, all over the course of the holy river such as Mahabaleshwar, Sringeri, Bheemashankaram, Mantralayam, Pandaripuram, Bramaramba Mallikarjuna temple at Srisailam, Alampur, Sanganeshwaram, Kudali, Vedadri, Rupala Sangameshwaram, Bhattiprolu, Nagarjunakonda, Mukteshwaram, Guntapalli, Srikakulam, Agiripalli, Sri Amareswara Swamy temple at Amaravati, Siddeshwaram, Mopidevi, Durga-Malleswara Swamy temple at Vijayawada, Ailuru, Thotlavalluru, Peddakaepalli and Hamsaladeevi are displayed in the River Valley Museum.

In addition, the River Valley Museum in Vijayawada portrays the complete evolutionary process resulting up to the appearance of anatomically modern human beings. The river museum also houses a statue of Krishnamma/Goddess Krishnaveni (Krishna River), close to the Prakasham Barrage. The people of Andhra Pradesh have always given a special place to Krishna River in their hearts and it is clearly visible all over the museum. Altogether, if you want to find out the A-Z about the holy Krishna River, head straight to the Krishnaveni Mandapam in Vijayawada and you will be awe stricken in no time!