Vijayawada has been the hub of cultural activities in Andhra Pradesh and boasts of excellent civic amenities and infrastructure for long term habitation. The city has grown exponentially since the British Raj and has a blend of tradition and dynamism in the population. Not just that the city exudes the ethos of empathy and patronage to the less privileged and downtrodden. It has a number of charitable trusts, foundations devoted to the service of the society as a whole. In general, the people of Vijayawada are compassionate and that is evident in the massive social work that organizations in the city undertake. 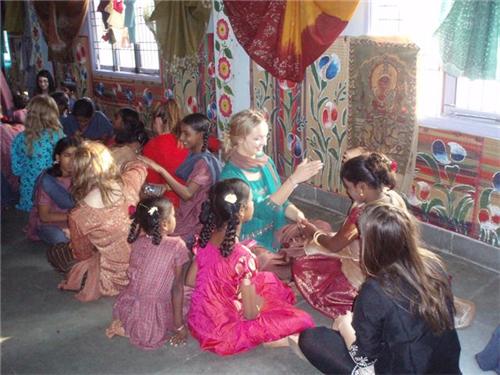 This is a non-profit and purely private endeavor and organizes various programmes for the poor and downtrodden. This organization came into existence in November 2007 in Vijayawada. It is under the generous personality of Mr. Saragada Srinivasa Reddy, who is known for his massive work for the upliftment of the less privileged sections of the society. He created this trust in loving memory of Dr. Yeduguri Sandinti Rajasekhara Reddy who was also famous for his efforts towards betterment of the poor. Some of the major undertakings of this organization are as follows:

Annadanam, where in the trust provides food at Temples, Children Homes, Old Age homes and Schools. This is in accordance to the Hindu Principle, Annam Para Brahma Swarupam, which says that food only can empower your body. YSR Biyyam Padhakam is a rice donation scheme to the poor. The trust donates about 5 Kgs of rice to about 200 people every month. The trust organizes drives to collect rice from contributors and then distribute it among the needy. The trust organizes blood donation camps in collaboration with various other organizations.
Location and Contact Details:
Saragada Srinivasa Reddy
Trust Founder & Chairman
D. No.: 77-159-1,
Cable Srinu Street, Sundaraiah Nagar,
Vijayawada - 520 015,
Phone: +91-9348646464
Email: saragadasrinivasareddy9@gmail.com

Street Kids' Community Villages is a registered charity organization which empowers street children to build themselves a decent and respectable life. SKCV was found by Matthew Norton, who had relentlessly continued to uplift and empower millions of such street children across India till his untimely demise in June 2009.

The main aim of this organization is to build the lives of children who live on the streets. They provide homes for destitute children in a community village. They provide for these children by educating them so they can have a chance at a better life in future. SKCV belongs to the Consortium for Street Children and the Railway Children Federation and have done phenomenal work at supporting and building the lives of such children. They have created a manual which can be implemented anywhere in the world to empower the lives of homeless children. SKCV is recognized for its contribution by Indian and UK governments and British Overseas Development Agency and international organizations such as Water Aid.
Location and Contact Details:
SKCV Children's Trust
Santosh Bhavan, Opp Press Club,
Gandhinagar,
Vijayawada 520003
Phone: +91 9886536606
Website: www.skcvindia.org 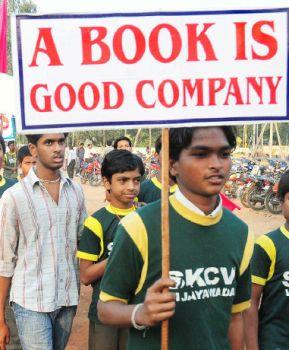 This registered charity organization is solely dedicated to educating impoverished and underprivileged children. It came into being in the year 1997 when Carol Faison and Noel Harper found the organization at Vijayawada. The idea of beginning such an endeavor sprouted in the mind of Carol Faison, a citizen of USA, when she was visiting Andhra Pradesh and had decided to sponsor a child. When she went back, she was able to amass contributions from a lot of relations for sponsoring every child living in a boarding home at Manginapudi, on the Bay of Bengal.

This organization is dedicated to the education needs of more than 6000 children living below poverty line in Vijayawada. They focus on homeless children, children of sex workers, physically challenged children, and abandoned newborns. They have built about 9 schools in different slums which are fully operational. They also assist in the counseling of children in Observation Rooms and have rescued number of HIV+ and AIDS inflicted orphans. They have built a village by the name “Daddy’s Home” and are in the process of building another such project for HIV+ children named as “Butterfly Hill”. They run kitchens and milk Programs for the children and provide for their medical requirements as well.
Location and Contact Details:
Care & Share Charitable Trust
40-9-73/6 AVR Arcades, 1st Floor,
Sai Nagar, Benz Circle,
Vijayawada, AP 520 008
Email: info@careshareindia.org