Vijayawada, the new capital of the southern state of Andhra Pradesh is a metropolitan city that features a rich heritage and cultural bequest, and an urban center of diverse religious beliefs. Fondly called as 'Bezawada' by the Telugu speaking population living all over the world, Vijayawada is located on the banks of the Krishna River, also known as Krishnaveni - the 3rd longest river in central southern India. The iconic Indrakeeladri hill forms a dramatic background to the urban center on the west. 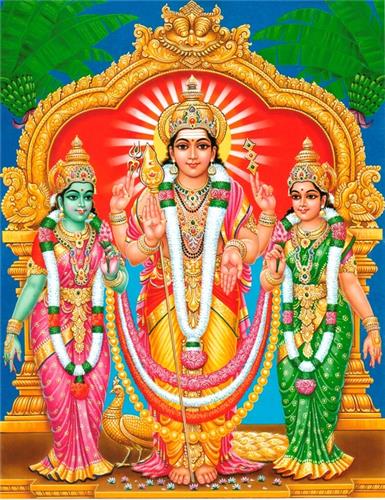 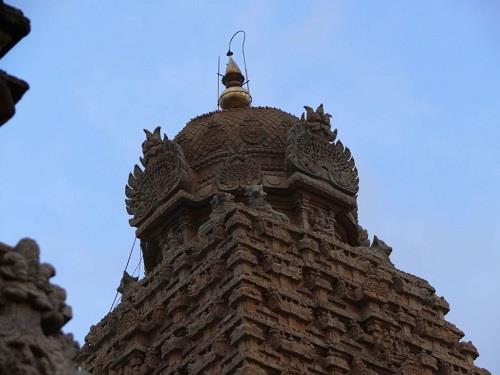 Situated on the foot of Indrakiladri hills, reachable from Kothapet, Sri Subramanya Swamy Temple in Vijayawada is dedicated to Sri Subramanya Swamy (Murugan) -  the generalissimo of the ground forces of the devas and the son of Lord Shiva and Goddess Parvati. The story behind this illustrious temple is rather peculiar and extremely enthralling. lddhipalli Guruvula Das, a pious follower and admirer of Lord Subrahmanya, used to offer Surya Namaskara  to Lord Surya Bhagavan day-after-day. On an auspicious day, Sri Subramanya Swamy appeared to him in an avatar of a snake. The flabbergasted devotee felt blessed. 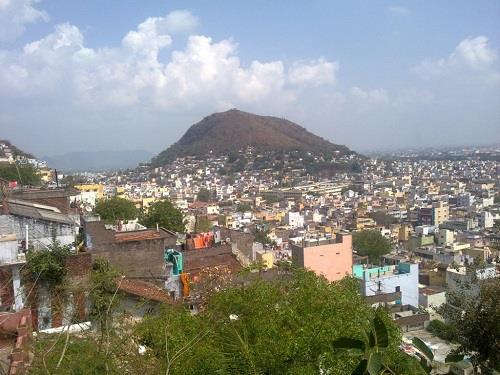 Exactly after six days of this incredible appearance of Sri Subramanya Swamy, lddhipalli Guruvula Das had a dream in which the almighty wanted him to erect a temple, with the help of the local people. Later, when the pious devotee decided to build a temple, the local people suggested him to visit the temples of Lord Muruga in Tamil Nadu and choose one that is worthy of imitation. The devotee went on a pilgrimage to the famous Aarupadai Veedu (Six Holy Abodes) of Lord Murugan in Tamil Nadu. He went on to visit
Among the six holy abodes of Lord Murugan in Tamil Nadu, lddhipalli Guruvula Das picked Thiruthani Subramanya Swami Temple and the primary deity of the temple - Lord Tanikesan with divine consorts Deivanai and Valli (Sri Valli Deivanai Sametha Lord Subramnayar), and commenced with construction. As luck would have it, the sincere devotee struck a priceless buried treasure - a structure of Sri Balasubramanya Swamy and a few clay lamps, while excavation. His joy knew no bounds that went on to establish two sacred sites, one for Sri Balasubramanya Swamy and another for Sri Valli Deivanai Sametha Lord Subramnayar. 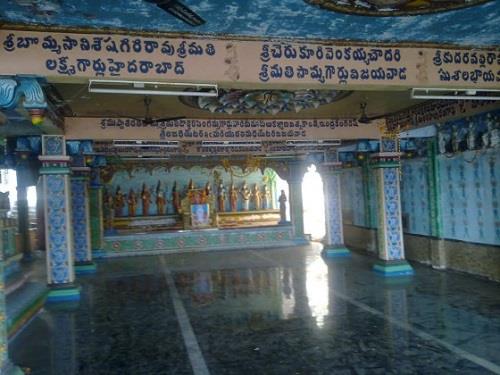 During the year 1954, the sacred idols were installed according to the Agama Shastras as per the traditions of Hinduism. A large number of people participated in the auspicious occasion of Ashtabandhanam and Kumbhabhishekam of Sri Subramanya Swamy Temple in Vijayawada. Furthermore, just close to the cave shrine, an ant hill is found - the natural habitat of snakes that is revered by people with equal zeal as that of primary deity. Therefore, Sri Subramanya Swamy Temple in Vijayawada is endued with a triplex distinction, that is to say, Sri Dandayudhapani Swamy in the form of a boy, Sri Valli Devayanai sametha Subramanya - Lord Mururgan with his divine consorts and lastly; the almighty in the form of a serpent. 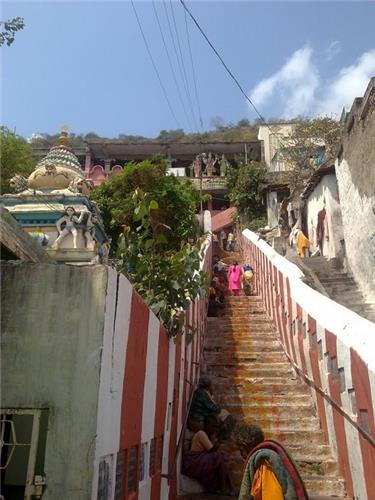 The three forms of Sri Subramanya Swamy in a same location is regarded to be singular and the temple is frequented by devotees from faraway locations. Learned about this unique Sri Subramanya Swamy kshetram, Sri Jayendra Saraswati Swamigal, the 69th acharya and pontiff of the renowned Kanchi Kamakoti Peetham - a famed Hindu monastic establishment situated in the temple town of Kanchipuram in Tamil Nadu, offered the deities and structures of Balipeetha, Idumban and so on. Besides, Sri Jayendra Saraswati Swamigal laid the foundation stone for the flight of steps.

Many other eminent gurus and acharyas like Sri la Sri Sivanadha Mouna Swamigal of Thiruvalam, Thirumuruga Kirupanandha Variyar Swamigal visited this shrine and made the place of worship proud.