Built in 1887, the Victoria Jubilee Museum boasts of the classic architectural style of Indo-European genre. Robert Sewell, the then District Collector of Krishna District, had laid the foundation stone on June 27th 1887, to commemorate the Golden Jubilee Celebration of the coronation of Queen Victoria. Victoria Jubilee Museum was initially supposed to house an industrial exhibition but in the year 1962 the Department of Archaeology & Museums, Government of Andhra Pradesh declared it to be an archeological museum. 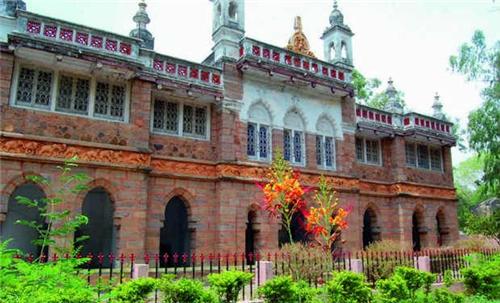 The Victoria Jubilee Museum has a lot of historical significance as well. In the year 1921, All India Congress Committee met here and Sri Pingali Venkayya of Munagala Samsthana presented the tri-color to Mahatma Gandhi in the presence of all eminent leaders, which went on to be the National Flag of India in 1947. The museum houses the magnificent granite statue of Buddha and white limestone figurines of Buddha procured from Alluru. Apart from these, the museum also is a storehouse of ancient sculptures, idols, inscriptions, paintings, cutlery and weapons. The Victoria Jubilee Museum has a number of galleries devoted to different forms of art work and ancient wares. Right from Bronze, Bidri ware, Coins, Copper plate inscriptions to arms and armory of ancient rulers to manuscripts from excavations are preserved and showcased here.

Quick Facts
Open for public visit from 10:30 AM to 5 PM except on public holidays and Fridays
Location: Bandar Road in the city of Vijayawada

Situated right next to Prakasham Barrage, Krishnaveni Mandapam is also commonly known as the “River Museum”. It is a museum dedicated to the Krishna River. It has four sections each depicting the story of the river. The museum also houses a statue of Goddess Krishnaveni. The river holds a very sacred place in the hearts of the people and this museum depicts the same. Krishnaveni Mandapam was constructed by Vijayawada Industrialists & Fertilizers Association.

Rajiv Gandhi Park, located right at the entrance of the city on National Highway No.9, is a hot favorite of the visitors and city dwellers of Vijayawada. It is maintained by the Vijayawada Municipal Corporation. Rajiv Gandhi Park has beautifully maintained gardens which houses number of rare plants and trees. The flora of the park is attended to with proper attention and hence it is one of the major crowd pullers in the city. It has a number of musical fountains that hold musical shows every day from 7:30 PM to 8:15 PM, except on Mondays. It also has a mini zoo and an aquarium which makes it an ultimate favorite of kids. Apart from the zoo, Rajiv Gandhi Park also houses a number of educative units which has replicas of dinosaurs and other extinct animals. And that is not all; Rajiv Gandhi Park also has kiosks for different fun activities like skating rink, shooting, Bungee trampoline, cricket zone, and food court. 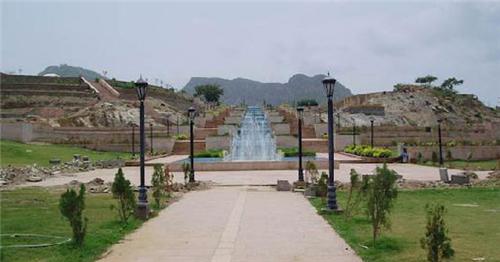 Apart from the Rajiv Gandhi Park there are a number of other parks, all maintained by the Vijayawada Municipal Corporation. The K.L. Rao Park has options for boating, swimming and also has a beautiful garden. It is located at the Milk Factory Road in Vijayawada. The Dr.B.R.Amedkar & Raghavaiah Park is another favorite of the people and the main attraction of this park is the hanging bridge that connects the two sections of the park. The park also has a lot of facilities for games. The Mahatma Gandhi Park is the oldest park in the city of Vijayawada and is sure crowd pullers especially during the evenings. It also houses a gym. G.V.S. Sastry Park, located near the Satynarayanapuram old Railway station, has a skating rink which is thronged by children. 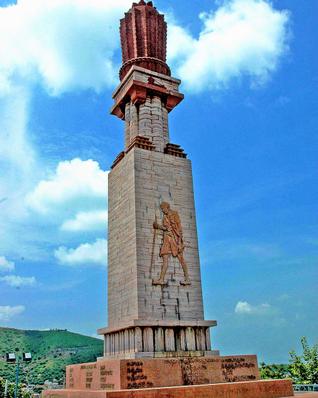 Also known as Orr Hill, Gandhi Hill is the first Gandhi Memorial built in India. It has seven stupas and is housed atop a hill, at an elevation of 500 feet. The Gandhi Hill was built in 1968 and is a towering structure over the city of Vijayawada. Teachings and ideologies of Mahatma Gandhi are inscribed over the stone slabs of the stupas.

This is a major tourist attraction in Vijayawada as most people flock to see the unique presentation of the ideas and life of Mahatma Gandhi. It also has a Gandhi Memorial Library and a planetarium. It is here that a Sound and Light Show is organized in the evenings to showcase different aspects of the life of Mahatma Gandhi. Apart from being a store house of information about the legend i.e. Mahatma Gandhi, the Gandhi Hill imparts a panoramic view of the city of Vijayawada. It is a sure shot tourist spot if you wish to enjoy a calm and peaceful day drenching in the mellow thoughts of a great leader.