Vijayawada, also called as the business capital of Andhra Pradesh, has been flourishing economically. A well planned transportation grid in the city is of prime importance for it to grow unhindered. Vijayawada has an impeccable public transportation system maintained by the city administration. 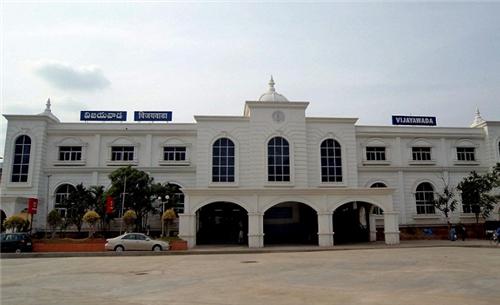 Vijayawada has a mid-sized airport located at a distance of 18 Kilometers from the city. It has numerous flights connecting Vijayawada to Hyderabad, Bangalore. It is also connected to Delhi via Hyderabad. Air Costa maintained by LEPL group also operates flights out of Vijayawada connecting it to various cities like Bangalore, Coimbatore, Hyderabad and Jaipur. Vijayawada is the operational hub for Air Costa.

Vijayawada, located in the South Central Railway Zone, has the second largest junction in India. It has ten platforms and five entrances and is one of the busiest railway stations in India. It has an excellent network of connectivity to every city in the south and also all major cities with the rest of India. It is the hub for intercity trains in South Central Railway network. Vijayawada has eight other railway stations catering to the huge rail traffic emanating from the city.

The entire city is well connected by a grid of bus routes operated by Andhra Pradesh State Road Transport Corporation (APSRTC). The local public bus transit system in the city ensures smooth transit from one part of the city to another. Vijayawada was one of the pioneers in implementing buses running on CNG in South India. Also it is one of the biggest and busiest bus terminals in the whole of Asia. The terminal was inaugurated in September 1990 and was officially named as Telugu Satavahana Prayana Pranganam, currently it is named as Pandit Nehru Bus Station. The local buses known as City Buses map the entire city. These buses are the most popular and loved mode of transport in the city especially by people traveling to work places. 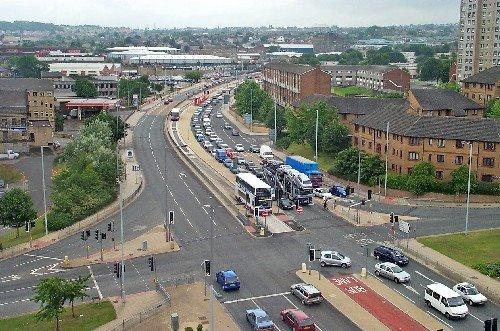 Vijayawada was one of the first few cities to implement the system of Bus Rapid Transport System (BRTS) only after cities like Delhi, Pune and Ahmedabad. This is the first city in South India to take up the model to ensure smoother public transport. The project of implementing BRTS in Vijayawada was begun in 2006 and the practical work began in 2008. The BRTS routes are operational since December 2012. They map throughout the local dimensions of the city.

Auto rickshaws in the city are easily available but the only caveat is that they do not run on meters in Vijayawada. Hence every time you decide to take an auto ride ensure the fair charged by the driver is fair. Vijayawada has pre-paid auto kiosks located at Bus Terminals and Railways Stations where you can pay for the ride in advance and get a receipt for the travel. This ensures that you are not overcharged for your travel.

Yes Vijayawada is one of those cities where you might just find a cycle rickshaw parked at the side of the road. The fare is cheap and the ride is enjoyable and convenient for short distance travels mostly.

Being a city on the path of industrialization, the city requires a fleet of private vendors providing quick and convenient travel for people who don’t wish to wait. The city has numerous cab services to cater to your intra-city transport needs. These private cab providers not only provide taxis for traveling in the city but also cater to your needs of traveling out of the city. They have a plethora of options in terms of the kind of vehicle required right from the facilities in the cab to the size of the cab. The package for the taxis comes in either 4 Hour or 40 Kilometer package and 8 Hour or 80 Kilometer package. The charge for an additional kilometer ranges in between INR 9 to INR 10 for a basic Tata Indica AC. The per kilometer additional charge can go upto INR 13.50 as you move from a Tata Indica AC to Toyota Innova AC.